Fast Action, do not ask

Previous article we had built a full-featured seckill demo, release it version 0.1.0-RELEASE; now you should find that data persistence is centered on a single database, seckill is high-stress scenario, it’s difficult to meet high-scalable requirement, and as we mentioned at the beginning, micro-service is recommended to have independent storage, so we will start using Event Sourcing implement CQRS pattern to enhance the ability to endure huge requests. 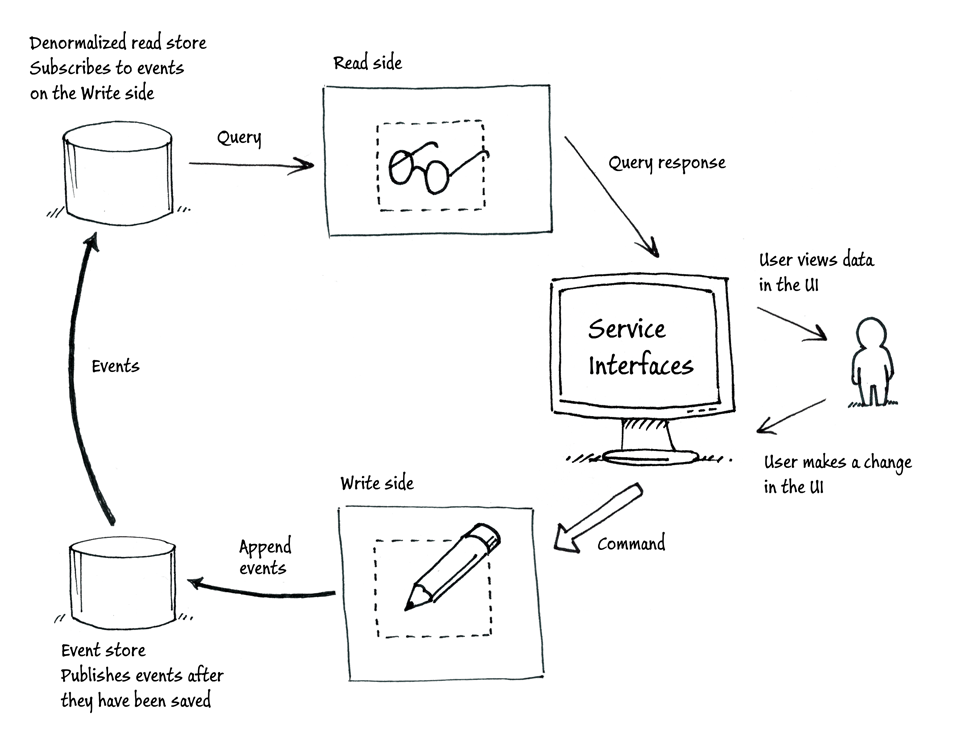 CQRS is read write separation and message-driven best practices, now we focus on the MySQL database:

Now the latest Architecture below: 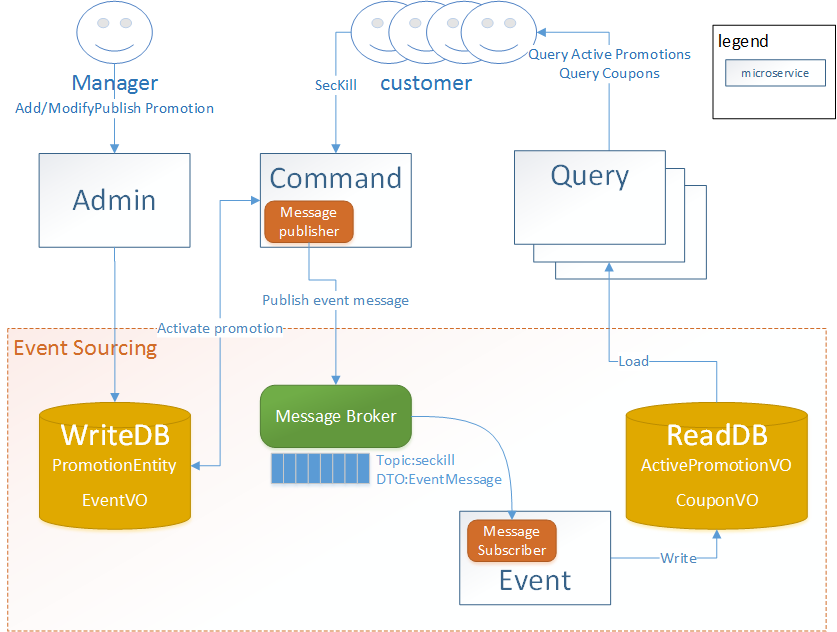 Since the Event Sourcing was not introduced before, the PromotionEvent entity only needed to write to the database directly. Now it is necessary to publish PromotionEvent to Message Broker. Considering that future we will be replaced by Distributed Message Service (DMS) as Message Broker in order to deploy to Huawei Cloud, We defined the generic message publish interface:

Now, we have complete Event Sourcing architecture refactoring, in order to be easy to start-up, we provide docker compose script, use it pull all services up by one command, see detail at SecKill.

start-up all service in Docker ToolBox 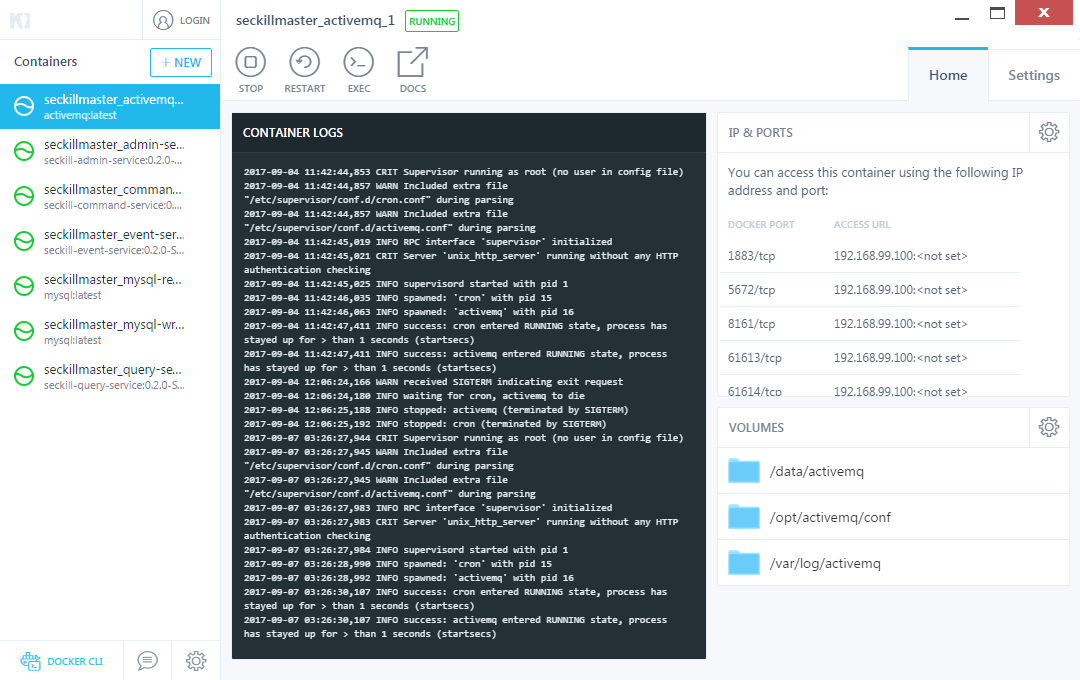 Your email address will not be published. Required fields are marked *

You May Also Enjoy