Stress test on web application based on microservice architecture plays a more important role. This blog will evaluate the performance of our company demo using JMeter 3.2(a powerful stress test tool) in Kubernetes cluster.

Our JMeter test plan is:

You can get the test plan from github. 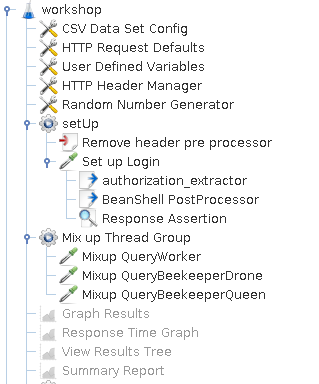 At the very first of our test plan, we set up some global configurations that shared among all thread groups. The CSV Data Set Config loads our target server information from a local csv file. The HTTP Request Defaults sets up the default host and port in every request. The User Defined Variables defines variable that shared globally. The HTTP Header Manager adds headers define inside it to every request.

Then we retrieve login credential in the Set up Login request. The authorization_extractor is a Regular Expression Extractor used to extract the value of Authorization header. As variables can not pass from one thread group to another, it need to convert to the global property and the script in BeanShell PostProcessor does the job.

The last part of our test plan is the stress tests perform on our services. We test three endpoints as they all pass from the manager service to the other two microservices, namely worker and beekeeper. Before we test, we disable the caching capability by enabling StressTest profile in manager so that the worker service and beekeeper service can serve the incoming computing task all the time. Besides, we simplify the computing task by setting the request argument to be just 1.

The performance among various concurrency is as follows: 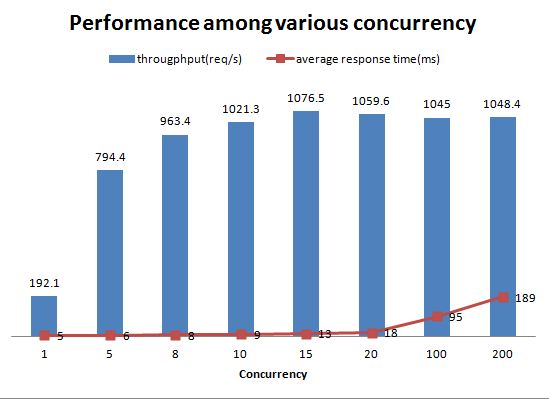 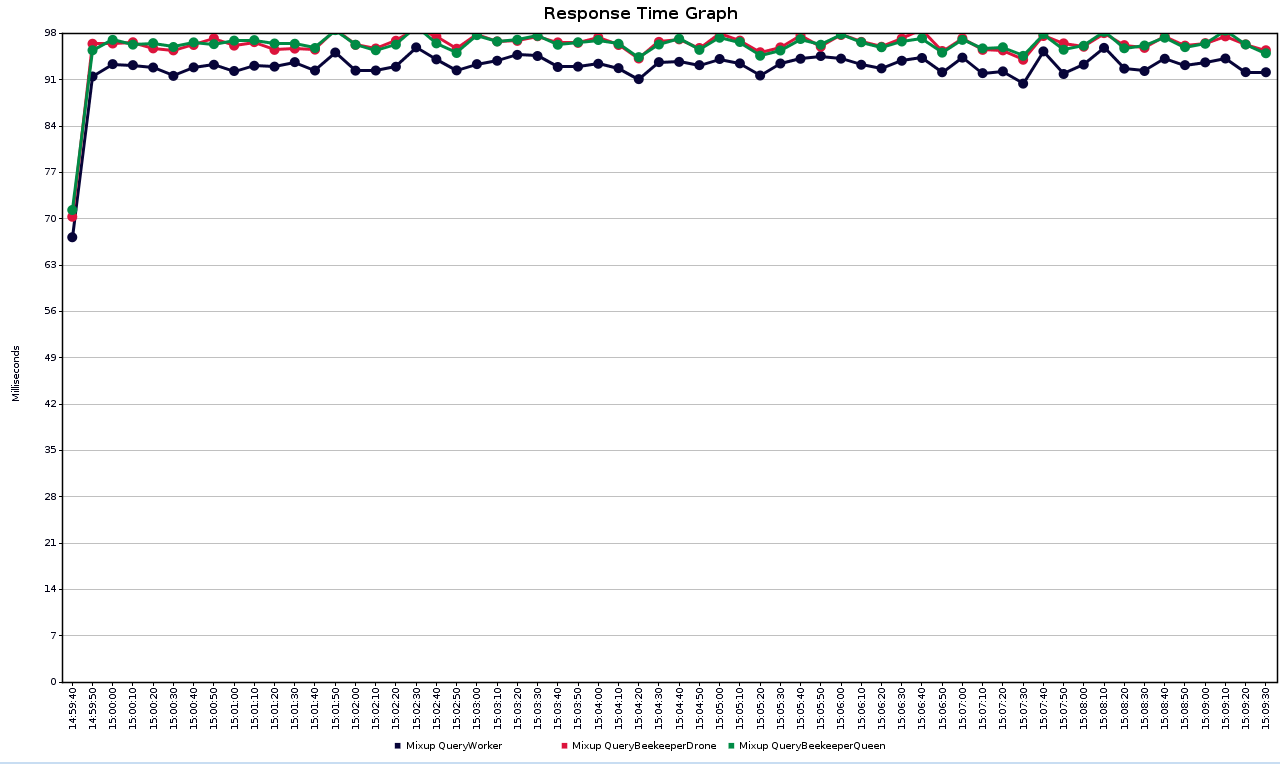 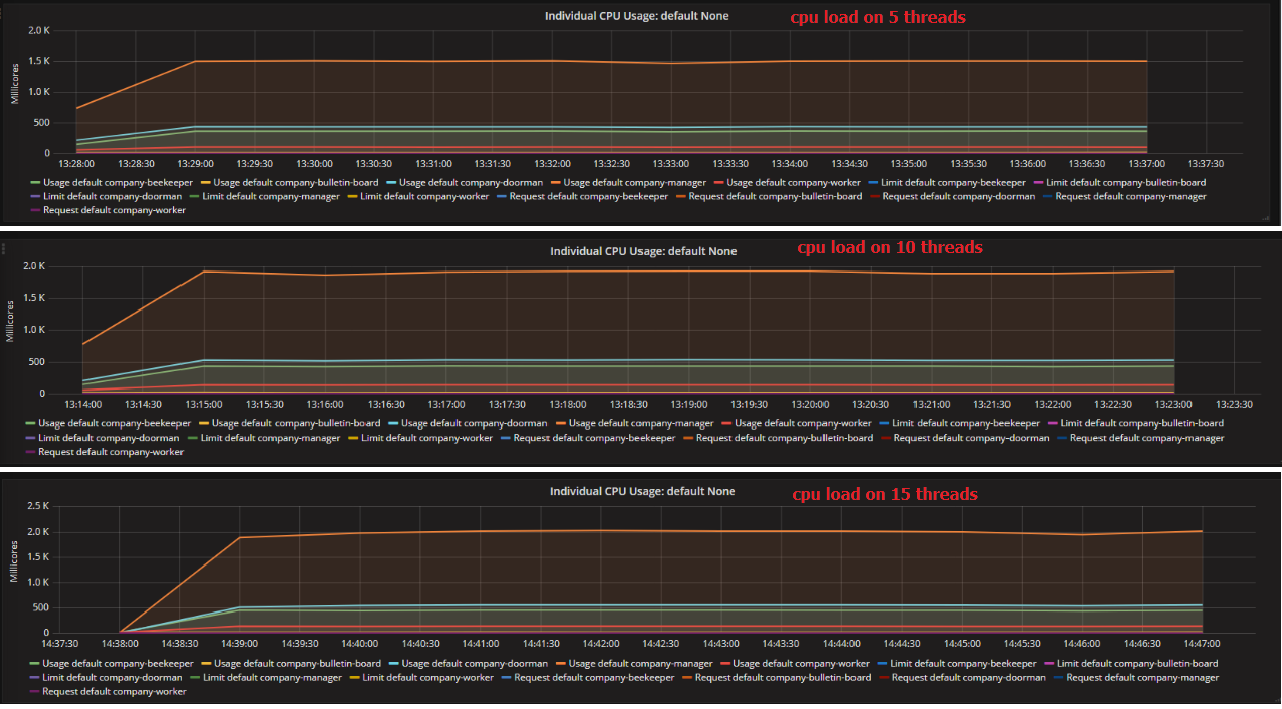 To find out why the performance stuck at the concurrency of 15, we checked the monitor data from Heapster as fig-4 shows. Apparently, manager service became the bottleneck of the whole system. It reached the maximum cpu load when the throughput was around 1000 req/s. Other services increased much slower than manager service and required less resources.

Besides, we also need to add the disruptor dependency to enable the asynchronous log settings.

The none log settings just replace the info logging level to off in the above setting. We also tested on distributed JMeter test client environment. Running Jmeter in distributed mode takes two steps:

The results are as follows: 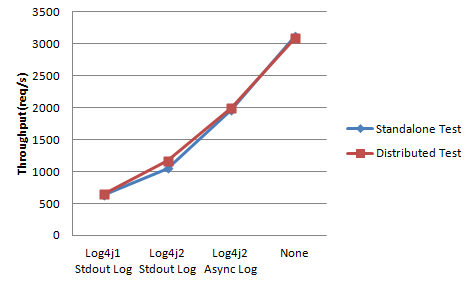 From the above figure, we can conclude that: 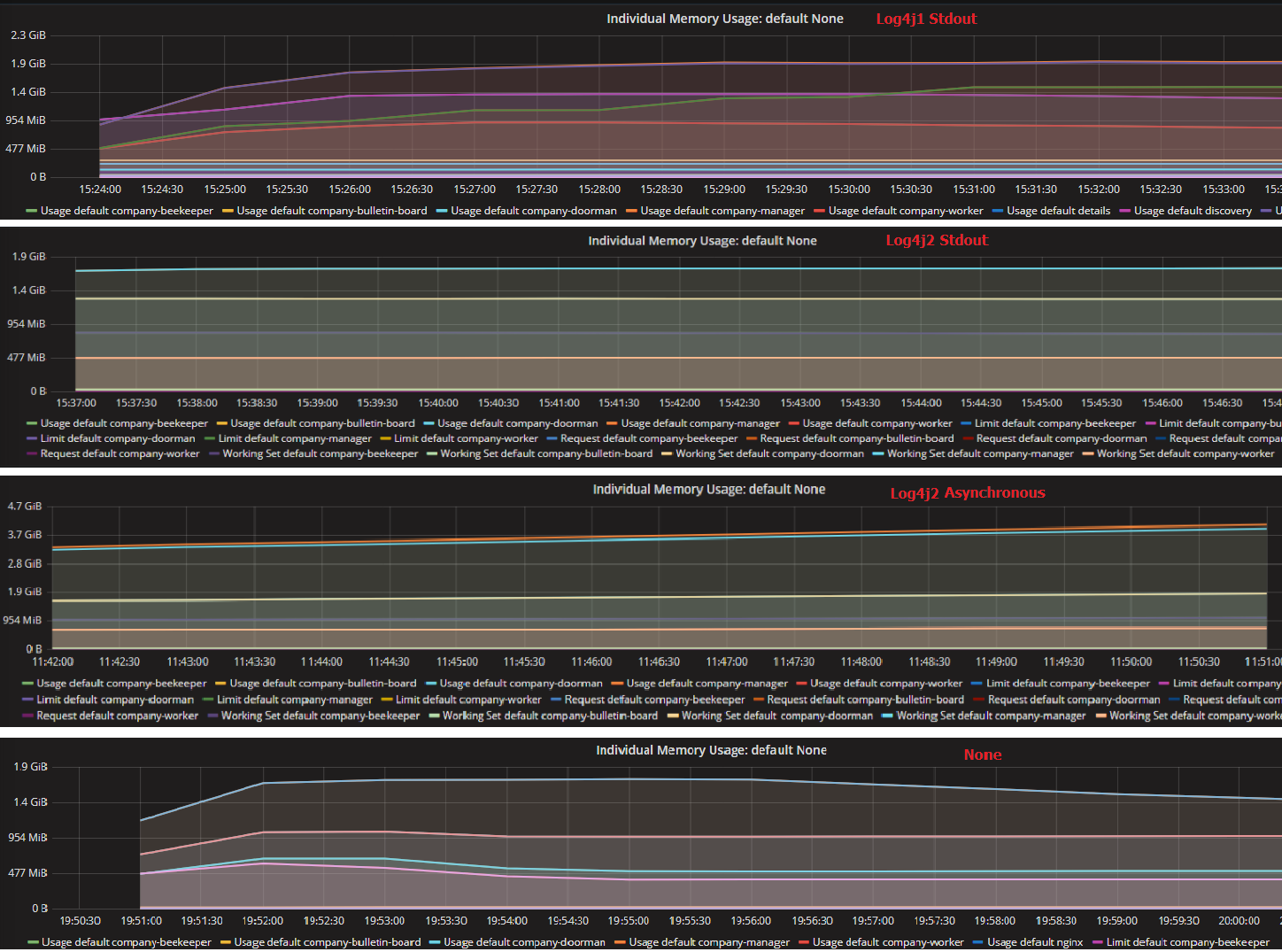 Although the asynchronous way save us much computing resources, it takes up a great deal of memory in the meanwhile as fig-5 shows.

Applications based on microservice architecture become much more flexible not only on design, programming and tests, but also on deployment. Services based on microservice architecture make resources scale up and down extremely fast. We can choose different specifications of machine and different replicas for different services according to the maximum throughput to save resources. Besides, the scalability of cloud makes services handle visit storm easily.

Your email address will not be published. Required fields are marked *

You May Also Enjoy